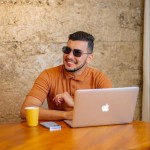 Interior design is often a very personal process, and one that often requires a great deal of consultation with clients. If you’re looking for a style that will modernize any room in your home, consider using mid century modern design as your go-to!

Mid-century modern interior design is a style that emerged in the middle of the 20th century. It is characterized by clean lines, simple shapes, and natural materials. Mid-century modern homes often feature bright colors and interesting patterns.

What are mid-century modern patterns?

When it comes to interior design, the mid-century modern style is definitely a popular choice. Mid-century modern patterns are typically geometric and streamlined, featuring simple shapes and clean lines.

They were popularized in the 1950s and 60s, and can be found in many different styles of homes today. If you’re looking to revamp your home’s interior and add a little bit of mid-century modern inspiration, here are some tips to get started.

Once you’ve decided on the general style of your home, it’s time to start picking out specific patterns. There are many different options available, so it’s important to browse several different retailers and find the ones that appeal to you the most. Some of our favorite mid-century modern patterns include abstract stripes, checkerboard designs, polka dots, and chevrons.

What is considered mid-century design?

Some of the key characteristics would be a focus on natural materials, simplistic designs, and an emphasis on functionality over ornamentation.

Mid-century homes often feature open floor plans with large windows and a casual feel. They are popular among people who want to update their home without completely overhauling it.

You can browse through some mid-century design examples below or check out our full gallery to see more!

Mid-century modern furniture was also innovative, with pieces that could be easily moved around and customized to fit the owner’s needs.

While mid-century modern styles can be found throughout the United States, they are particularly popular in California. This is likely due to the state’s history of innovation and forward thinking. The style has also been embraced by many recent homeowners who want to add a bit of 1960s glamour to their homes without having to break the bank.

What are mid-century modern colors?

What are the characteristics of a mid-century modern home?

Mid-century modern homes are characterized by their sleek, modern design, with a focus on function over form. They were designed in the 1950s and 1960s, and typically feature open floor plans with high ceilings and large windows.

Mid-century modern homes are often decorated with geometric shapes and bright colors, and are popular among young professionals who want an easy-to-maintain home.

Mid-century modern is typically defined as designs made between the late 1940s and early 1960s. However, there is no single, definitive time period for this style. Therefore, it can be said that mid-century modern design spans a range of years and design movements.

Minimalist decoration that your home needs

Best minimalist decor to make your home beautiful and modern